No one listens to what kids want, yet… 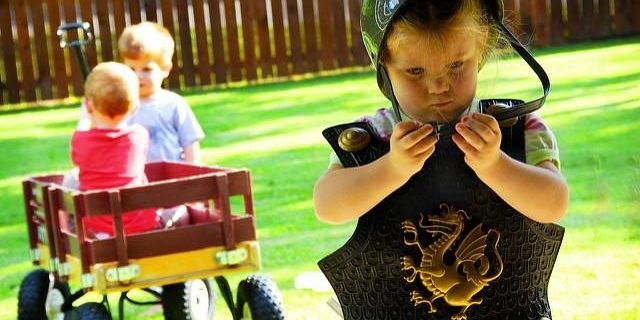 No one listens to what kids want. Yet kids are a hell of a lot wiser than we think.

This is the last of Freya and Dan’s posts on education.  It is fitting that they should take us into the New Year with a big question: why don’t we listen to what kids want instead of giving them what we want them to have?  Are we that wise?

This is the last post in the series about the education research Dan and I are carrying out in primary schools. We have talked about some of the various connotations of what we have inferred so far from our interview material. We have touched in the critical importance of recognising teachers’ voices, which are too often silenced, as well as the limits on their capacity to change the system within which they operate.

But our project remains primarily about giving children a voice. And that’s what we’re going to talk about today.

Classroom layout is decided without checking in with what kids want

The politics of furniture

A little while back, protocol on classroom tables in primary schools changed from having individual desks to having funky collective ‘group work’ tables. This change was driven by well-meaning intentions, and was designed to help kids communicate and work together, as well as to break up the rather austere, Victorian image of isolated rows.

For some kids, the change has been great – especially when it means they get to sit with their friends. Yet many of the kids we spoke to said that they didn’t like it at all; because the majority of the work we ask kids to do in classrooms remains solo, the new desk configuration simply means that who you share a table with takes on enormous importance in determining your capacity to concentrate.

I wonder how many kids were asked how they wanted their classroom to be? At the Montessori school we visited, kids were allowed to move the furniture; each child had an individual desk pushed against the outside wall which they could pull out or reposition to use; all the cupboards and shelves were at kid-height; they could work where they wanted – be that on the floor, at a group table, or in the corner on a beanbag. Similarly, at Summerhill, the kids seemed to own – and not just inhabit – the space; they knew it was theirs and that they could change it as they saw fit.

All this talk about furniture may seem trivial. But it’s actually indicative of a wider systemic attitude towards children’s opinions. The priorities of our schooling system implicitly tell kids that what they want to do is not important – playing is not where you learn, classrooms are. Your urge to run around is something bad and lazy that has to be teased out of you – you can do it an hour a day at most because it’s like an addiction and needs to be controlled. You need to learn self-discipline. Playing will never teach you that.

Children develop the belief that playing is not learning

The vast majority of the state school children we spoke to told us that playing is not learning. For these kids, school was so resolutely a place that coaxed them into classrooms to do the ‘things that really matter’. In the alternative schools, by contrast, the dichotomy between work and play was fairly regularly broken down for us by the kids we spoke to.

We all agree on the ends, so why are we so afraid of trying radical means?

Very rarely do you find people disagreeing on ends: that we want schools to inculcate independent learning, critical thinking individuals, not drone-like rote-learners with a penchant for multiple-choice questions. Yet when it comes to means, the most obvious tool in the box – allowing children some freedom of choice, a hand in the proceedings – is repeatedly shunned by policy-makers.

Yet, our schools will repeatedly fail to produce kids with the capacity to think for themselves until we take that leap of faith that means opening up more space to breathe in what is currently a micro-managed regime of targets. That, in turn, means radically decreasing the amount that we consider ‘utterly invaluable content’ and trusting that if we changed the knowledge and skills which our exam system rewards, then, actually, not learning Pythagorus’ theorem or the dates of the Kings and Queens of England will not harm your kid’s chances of becoming a happy, competent adult.

Kids are wiser than we think.

If there is one preconception that has been confirmed by our hours of conversation with today’s children, it is this: kids are worth listening to. In every school we went to, kids bowled us over with wise, original, intelligent insights about the education system. Though we met a kid who made the sterling – though perhaps slightly impractical – suggestion of about rebuilding their school out of peardrops, we also met a kid who – brilliantly playing the system at its own game of instrumental valuing – asked us why, if school is about preparing them for life, they are always told what to paint in art class; ‘if I become an artist, I’ll need to be able paint ideas from my own head, my own imagination’, they said. We feel it’s high time policy accorded kids’ imagination a little more importance; that means not just praising it at party conferences for ‘humanity’ points, but giving it a substantive role in contributing to the reality of day to day school life.