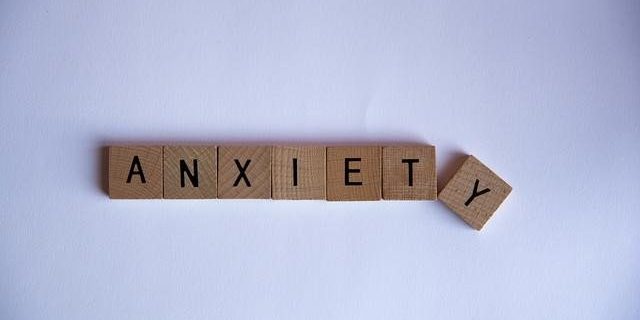 Our last blog post talked about how Dan and I decided to begin a research project in primary schools, based around asking kids what they think of school.

As you get into the swing of interview-based research, you begin to notice some recurring themes. The next three blog posts of this series will each detail one issue that has seemed particularly salient to Dan and I so far. This week’s theme – captured by the title of this post – is inspired by the astonishing near word-for-word similarity of the responses we got from kids to the final question in our list: What’s the point of school? (inspired by the title of Guy Claxton’s 2012 book).

It’s all about getting a job

The vast majority of kids in state schools (and even in the alternative schools, though with much less frequency, interestingly) say one of the following: ‘oh it’s to get a job’, or ‘it’s so that you don’t end up with no job and really poor’, or ‘it’s so you can pass GCSEs’ and – when asked what the point of those are – ‘so you can do A levels and then get a degree and then get a job’.

The philosopher Alan Watts did a brilliant speech about the conveyor belt nature of the education system, part of which was turned into a short video:

In it, he highlights the dangers of viewing education as always about the future – about jumping the next hoop – and of carrying this mentality into our working lives, only to discover that there is no end point where all that preparation magically makes you happy and successful. With chilling eloquence, Watts says at the end: ‘we missed the point the whole way along. It was a musical thing and you were supposed to sing, or to dance, while the

music was being played.

Of course employment outcomes matter, but other things matter too

Ken Robinson, in his 2015 book Creative Schools, points out that there is nothing wrong with saying education is partly about economic or employment outcomes. To see education entirely as intrinsically valuable is a luxury of those who do not need our society’s present (admittedly highly arbitrary) passports – like GCSEs and A levels – to find employment. Such people are generally not part of marginalised social or ethnic groups, and can rely on other means.

But there seem to us two major problems with this instrumental approach to education.

In a world in which we are increasingly coming to understand the mental health benefits of living in the moment (see Daniel Levitin’s The Organised Mind, and don’t be put off by the title!) producing a generation that lives in a perpetual state of anxiety about the worth of its actions can only be a bad thing. There are reams of evidence about how the ‘testing culture’ and its philosophy of constant quantification is damaging kids. For example, Claxton points out  the paradox that after decades of governments attempting to ‘raise standards’ through regimes of testing and targets, standards have only gone up marginally, while child anxiety levels have shot through the roof.

The culture of quantified assessment is generating anxiety.

A wholly instrumental approach to education tells kids that there is nothing worth doing that cannot be definitively valued, and has led to the kind of pedagogy which puts a ‘C’ on a child’s drawing (see Gever Tulley’s excellent TED talk), in a desperate attempt to justify the time spent on the activity (which, in doing so, ironically sidesteps one of the oldest academic debates in the book – the value of art – about which people have been arguing since Plato and before). Moreover, it suggests that education is a thing that happens before life begins, and then stops when you become a grown up and ‘put it all into practice’.

Even if we accept that a significant amount of school is about ‘preparing you for life’ – and even if we rephrase that, as Guy Claxton has, as ‘preparing you to be a life-long learner’ – too often, people (including the majority of the kids we spoke to) equate such ‘preparation’ with ‘gaining qualifications’.

This is because that preparation is often geared wholly around the pursuit of employment. Yet even if we accept (which we don’t, fully) that being prepared for life is solely about employment, people who equate preparation with qualifications often end up committing a severe logical fallacy: assuming that how things are is the only way they can be.

They take a reality – that having no qualifications is damaging to your employment prospects – and assume that the solution is for everyone to get GCSEs, without questioning whether GCSEs are a) a good way of assessing people and b) whether assessing people less would actually – paradoxically – create space in the school-year for fostering the very skills and qualities that make people true life-long learners (and may also, conveniently, be the skills most needed in a 21st century economy).

If we had a society which decided that only people who can stand on their heads for a minute or more can run for public office, it would be a reality that you need to learn to stand on your head to become PM. This doesn’t mean that such a requirement is a good indicator of your capabilities and experiences.

The only useful thing you learn in school is to count change in the corner shop?

The fact very few of the children we spoke to could explain to us why what they did in school would help them later in life is highly indicative. Time and time again we were told by kids from different ends of the country that: ‘for example you do maths so when you buy something in a shop you know if the person behind the counter has given you the right change’. Is this the best justification we can provide for our kids as to why we are forcing them through 14 years of compulsory ‘education’?

Coming back to our earlier point about intrinsic versus instrumental worth: it would be hypocritical to say a child who loves algebra or the Tudors should not learn about them just because it won’t help with their future job as a social worker. But the bare truth of it is that we teach kids all sorts of things that not only cannot be related to usefulness in terms of future employment (nor in terms of making people life-long learners) but also that lots of them don’t enjoy doing in the first place.

No one listens to what kids want, yet…
January 2, 2017
Kids are being taught there is one kind of intelligence, and it’s all about memory-power
December 26, 2016

Learning: the experiences of a Catalan houseparent at Summerhill School
February 22, 2016