Give Me a Massage: Touch at Summerhill School 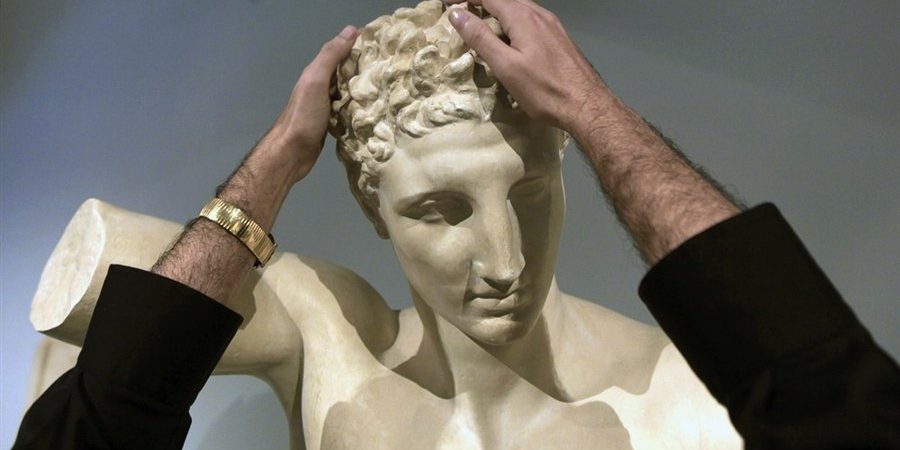 “Don’t Touch Me!” could be a metaphor for contemporary school life. Modern schools are like battery farms. Separations are by year, by class, by desk. The children walk around in highly-congested spaces with a giant cloud of anxiety over their heads about touching. They don’t know when touch might turn into bullying or perversion. At Summerhill it is not like this. In this post I want to talk about touch at Summerhill School.

The differences are immediately apparent even to the most casual visitor. Professor Ian Stronach has even done some research on the subject. Compared to a modern secondary school, Summerhill seems like a troop of monkeys at times. Here are some examples. In the Meeting a line of children sit massaging each other’s shoulders; the line includes one adult. Two fifteen year old boys are hugging on the Carriage path. Everyone asks everyone to suncream their back. Little kids clamber all over their houseparents. An irritated Carriage kid pushes the little kids he does not want out of his room. These examples go from the intimate to the aggressive and none of them are a problem.

There is nothing like the division into year groups and classes that you find in other schools at Summerhill. It is obvious that you grow up, get bigger, acquire more responsibilities in the school and eventually start to think about moving on. However, if you are fifteen and want to play a game with twelve year olds that is up to you. Everyone hangs out together in the same way that you might in a big family, except the people are not your relatives so you do not have any strange obligations of loyalty: you have free choice to hang out wherever and with whomever you want to.

Give Me a Massage!

Freedom releases the tight knot of stress about inappropriate touch. If a child has the freedom to move away from a situation that is uncomfortable to her then there is less danger of touch turning inappropriate. If the child has the opportunity of bringing anything that has bothered her to the Meeting then there is a direct means of speaking openly about all kinds of situation. Summerhill is not just an environment for ebullient eccentrics. There are also shy introverts. If you do not want to be touched that is up to you.

When I first arrived at the school I was struck by the openness of physical contact. People would often embrace each other. It was not strange for little kids to cuddle up with bigger kids in the Meeting. I had worked in state schools where there was a suspicious attitude to this kind of thing. I am not criticising. In a large comprehensive school in the United Kingdom there are very good reasons for having firm guidelines about contact with children and I was used to a situation in which it was just assumed that you never touched them. There were children who lived with appalling situations at home. They seemed to be calling out for a hug and a cuddle, but it was unthinkable that a teacher would offer that.

There are two dangers in touch. The first of the dangers is when there is an unwanted intimacy. I started my professional life as a teacher with a firmly ingrained sense that it would never be appropriate for a professional adult to be intimate with a child. This meant that I found it a little disorienting to see a teenage girl draping herself across the shoulders of a male member of staff at the school and I never felt entirely comfortable with adults giving students shoulder massages, even though, if I thought about it, I could not see anything wrong with it.

Children at Summerhill have different boundaries.

“You kissed Bob?” I asked one girl because of something she slipped insouciantly into a casual conversation. They were nothing like a couple; two more unlike people hard to imagine; she a confident, outgoing popular kid; he a shy and nervous teenager.
“Of course,” she replied.
“But you are not going out.”
“No. God, no! But this is Summerhill. Here everyone has kissed everyone!”

I’m a Soft Loving Person Inside

Anything more unlike my own teenage years would be difficult to imagine. Everyone seemed to walk around with a suit of armour. If they touched it would be a push or a shove. There was even a game the kids in my school played of kneeing each other in the thigh and shouting “Dead leg!” This seems to me to be a perversion of touch, as though the only viable way of crossing boundaries would be through violence. Affection was unthinkable.

It is understandable, given the cases of molestation and abuse that reach the press, that authorities take a stern view of touch in regular schools. What business has an adult, or an older kid, touching another kid? We tend to revert to a suspicious standoffishness simply because we know there are some people in the world who take advantage of their positions of authority to impose themselves on other people. The butt-slap, the lingering hand, the seemingly casual arm laid across the shoulder, all ring bells of warning in a situation where the exercise of authority can lead to an open door for a perverted interest in something illicit. We imagine someone getting their jollies from touching up innocent victims.

Perverts who think that Summerhill would be a potential hunting ground should be advised, however, that the openness of the school will not make their life easier. In fact, a pervert would have a much easier job in a regular school where the children are inculcated with a sense of respect for their teachers and can be intimidated or threatened into silence. I do not want to say that Summerhill is immune to inappropriate intimacy, but that there is an immediate redress available to all members of the community. Furthermore, an intimacy amongst all members of the community means that everyone is looking out for one another. There are no self-evident victims.

The other danger in touch is violent touch. Again I was surprised when I first started working at the school. At bedtime there are Beddies Officers who are responsible for rounding up the kids. They make sure that everyone is in their house room for the half hour bedtime and in their beds for lights out. This is a lively time of the day and, since I lived in the House, I was often at the House bedtime. I brought a case to the Meeting in my first or second term because I was bothered by “the Beddies Officer punch”. It was a kind of game whereby the House kids, who were 10-12 years old, would try to get the Beddies Officers to give them the punch.

“The violence at bedtime bothers me,” I said. I was thinking of the Dead Leg game at my own school. It seemed to me that this was an unnecessary violent game. “I want to propose that the Beddies Officer punch is banned.”

The conversation about this in the Meeting was revealing. The Beddies Officers were rather surprised that I had brought the issue up and the House kids seemed to care less about it. They all agreed that there was no real violence involved in it. It was not a punishment or an act of aggression for them. I had to struggle to understand this. Afterwards I was talking to a Japanese student and he told me that when he was in the House the Beddies Officers used to hang him upside down by his legs over the stairwell.

“Oh my God!” I thought. “What if something had happened? Isn’t that bullying?”

I carried this thought around with me and was half persuaded that there was a bullying culture. This anxiety was taken away by the deep seriousness with which the Meeting took any case that was “really” bullying. The Meeting seemed to make a distinction between different levels of behaviour that I was unaware of. The children had an acute sense of the difference between different qualities of aggressive behaviour that passed me by. I had to go away and think it over carefully and came to the conclusion that, no, it would not be right to have a blanket ban on children’s actions just because they did not appeal to me and, yes, it was more reliable to trust their perceptions of what was worrying or inappropriate than to get stuck on my own.

What could other schools learn from the Summerhill attitude to touch? The context is so different and there is so little common ground that there is little that can be taken away without changing the whole culture. Having children in mixed age groupings whenever possible seems to me the most obvious step that could be taken. Taking away the structure of authority whereby the adults walk around as policemen and the children behave like prisoners would also help. And, just as I said in my last post about depression and suicide, giving children a real kick-ass Meeting where people can be brought up and laws can be made would be an immense improvement.

What do you think schools should do? Is it right to have a ban on touch? Where is the line?