Girls Needed, or Where is the Lady of Flies? 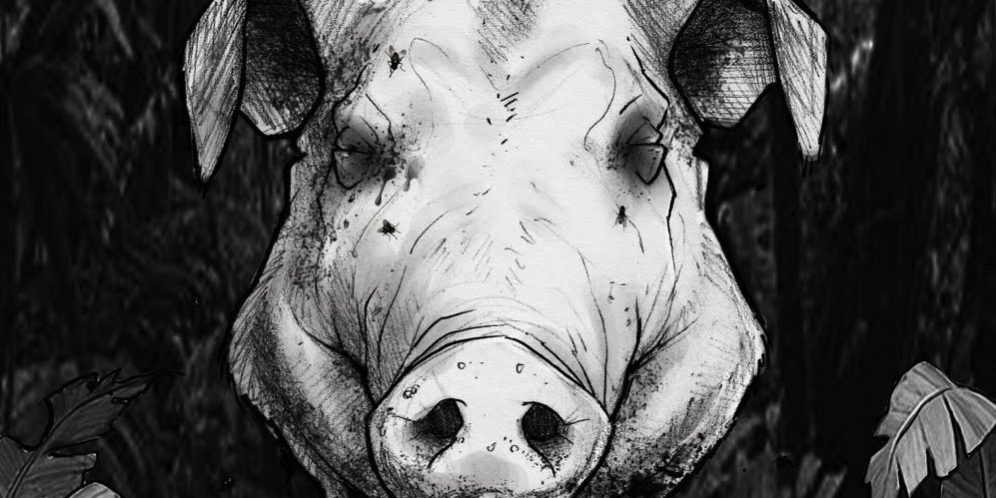 Where Did All the Girls Go?

The Lady of the Flies

What would happen if a plane full of boys crashed on a desert island?  (No girls, mind.)  William Golding shows in “The Lord of the Flies” how in no time at all they would turn into little savages; the desire to organise things would fade away; the rule of the strongest would triumph; the memory of adult authority and values would become weaker and weaker.

Neill said that children were essentially good. He is the reverse of Golding: adults mess up the child’s innocent vision and the idea that children need guidance and tutoring in order to be civilised is, in his view, nonsense. He might have said that, even in Golding’s vision, it is the choir boys- the most heavily impressed with adult ideas of organisation and values- who turn into violent proto-fascists whilst the independent hero looking after the little kids on the beach is more “natural”.

The Lord of the Flies makes sense to teachers in secondary schools with front row seats for the spectacle of dysfunctional growing up. They nod their heads in sage agreement with the little savage argument, because that is what our modern educational institutions churn out: we parcel up and measure out, insist on authority and discipline and reap the whirlwind of disaffection and bad behaviour.

The book is often read in the classroom as though it would be a good thing for children to reflect on boys’ potential savagery. This should be puzzling to at least half of the class because Golding had no girls in his thought experiment. Where is the Lady of the Flies? What do girls make of the picture of violent boyhood in the novel?

Perhaps they think it is just a boys’ problem. After all the boys are the ones behaving like idiots in school generally, taking absurd risks, making a nonchalant pose of not working, being cheeky with the teacher.

Can you imagine Girls of the Flies?

I was recently talking to my nephew, Sam, about his experience at secondary school and he seemed to think that there were different roles and expectations for boys and girls. These roles played an important part in the relative success of girls and boys: boys were socially compelled to brush off the importance of their school work, hide the fact they were working if they worked at all, and play up to the group.

Girls, by contrast, and academic girls in particular, were able to please the teacher with no danger to their social position. Less academic girls felt better supported and did not have a social pressure to be violent.

There is nothing neutral about the school environment: the fact that we see one behaviour and not another does not mean that we should say these are essentially male and female. We can use our imaginations to create worlds that do not reinforce girly stereotypes of pleasing the teacher and force young men into pathetic, self-destructive posturing. This is an urgent problem for men and women not just in school but in the world at large where women find it hard to break through into the higher levels of management, where getting good marks is not the only criterion for success, whilst young men are increasingly shooting themselves in the foot before they even get past the first steps of the employment market.

Schools are absurdly old-fashioned. How many women science and technology teachers are there? How many men teach literature and art? Why do teachers and students have to wear absurd uniforms to work? Why are there different rules for men and women?

When democratic schools go wrong they sign up for even more retrograde social stereotypes. This is the direct result of a crude emphasis on the “natural” as though there were anything in the world around us that were not touched in some way by culture. Home schooling can be even worse with the wifey staying at home to do the schooly bit while the husband goes out to hunt the mammoth. Is democratic education up to the challenge of creating a modern, vibrant, equal culture? Can it help boys to be less ridiculous and bring out the Lady of the Flies?

I am very interested in how a democratic school could be a good environment for both boys and girls. It will take more thinking and talking to get to the bottom of this.

In the meantime you might find the discussion on Goodreads interesting: http://www.goodreads.com/topic/show/1500691-what-if-there-had-been-both-girls-and-boys