Perfectionism vs Muddling Through 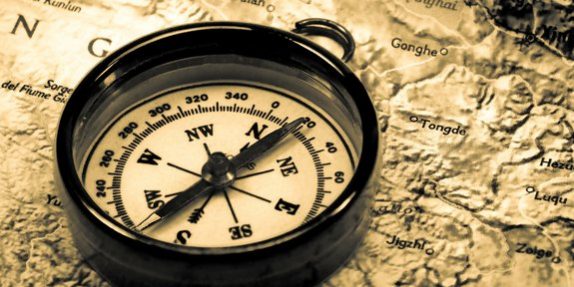 Sometimes a compass-bearing is enough

“Perfectionism can derail your project,” I said.  “Sometimes a compass bearing is enough; you do not have to research the whole route. This is particularly true if you are heading into a territory where there are many unknowns.

“Oh no!” says Paul, a research scientist friend from Newfoundland. “That sounds horribly like ‘muddling through’. I hate that expression.”
“But sometimes you have to muddle through, don’t you?”
“No, you don’t!” he declares vehemently. “You have to look at the situation, assess it, gather together the right material and then address the situation calmly and logically. Trust me. I know. I go out canoeing regularly in uncharted waters and if I ‘muddled through’ I would not be here talking to you.”

Paul tells me that ‘muddling through’ is a peculiarly British expression. In the seventies he was working at a unviersity in Britain. The tap in his kitchen was dripping so he called out a plumber, who took it apart and held out his hand to show Paul a spent washer.
“It’s spent,” he said. “I’ll have to change it. Now, I don’t have one quite like it…”
He rummages through his kit and comes up with another washer.
“Now this one is not quite right, but if I tighten it just a bit more I think we will be able to muddle through.”
The washer worked… for two days. Paul went to the hardware store that was one hundred yards down the street, bought a washer of the correct size and changed it himself. The plumber had given him the gift of a story he could tell for the next forty years.

Paul thinks that ‘muddling through’ is at the root of many a classic British disaster, especially when combined with the ‘stiff upper lip’ we are also famous for. Scott of the Antarctic comes to mind. Amundsen prepared to go to the South Pole with intelligence and foresight whereas plucky old Scott and his crew headed out with just a compass bearing. It was predictable who would make it and who would die a heroic death.

I want to give Paul his voice here. In my list of 8 Ways to Kickstart your Project, I said that perfectionism was baleful, but I do not want to suggest you should ‘muddle through’ even though I am English. It is right to consider carefully not only how the foundation blocks of your project are going to be laid, but also, yes, whether the taps will have the right washers. Sometimes insignificant seeming things can have a disproportionate effect if let unattended.

How do you get a balance between baleful perfectionism and just getting it right?

How do you know when to hold up a project because something is not right or keep going and sort it out later?

What priority scale can you use?

I think even Paul would agree with me on some priorities. For example, if he is canoe trekking in the wilderness there are some compass bearings that are relevant. Whether the colour of the canoe matches the colour of his rain jacket is not relevant. This would be a good example of an irrelevant perfectionism.

The problem is that you can deceive yourself so easily. Take the example of Scott. He took ponies to the Antarctic. That proved to be a mistake compared to Amundsen’s choice of dogs. It would not matter how perfectly the ponies were cared for, how immaculate their livery, how much time and energy was spent on deciding on their payload, how many years of experience their handler had. If ponies are not the thing, they just are not the thing.

This is a good example of how baleful perfectionism can make you blind to the big picture. It is one of the reasons you need to spend so much time at the outset of your project working out what the school is about, what the direction of the school will be, who will lead the school and under what criteria. You cannot be too much of a perfectionist in this. This is prior planning. It is going to affect all the subsequent little decisions that are made and will help you control the wealth of detail that will flood you later.

If you have a clear plan to start with you can take Paul’s advice: “look at the situation, assess it, gather together the right material and then address the situation calmly and logically”. You can even plan times when you will stop and do this regularly.

Here is an example of how perfectionism does not work in a school. A teacher plans the whole year, class by class in the summer holidays. She makes a special folder with learning objectives, assessment opportunities and curriculum units worked out for each class, each week, each day. “In this way I am saving myself the burden of daily planning,” she rationalises. “I know where each of my classes will be using this master plan.” She has purposefully turned her work into a bureaucratic activity. When unexpected timetable changes occur she has to re-synchronise the whole unnecessary machine.

Here is an example of how perfectionism does work in a school. Leonard works with children to create plays. They gather together to write the plays and spend more hours than are available within the timetable because their standards are high: they want this to be a top notch play. The children are enthused with the project. He writes up the script for them using their voices, their contributions. As the term progresses they move along a development curve in the project. Leonard coaches them through this: they need commitment, dedication and persistence to make it work; they go from writing, to character development, to reading, to acting, to blocking out the stage movements, to researching sound, stage design and music. They end with successful performance.

If you want to talk through the differences, get in touch:

Saturday Summerhill Take Away #1 : The Meeting
Go to Top
Sign up for our Newsletter below for more information.
SEND
×
Thank You. We will contact you as soon as possible.