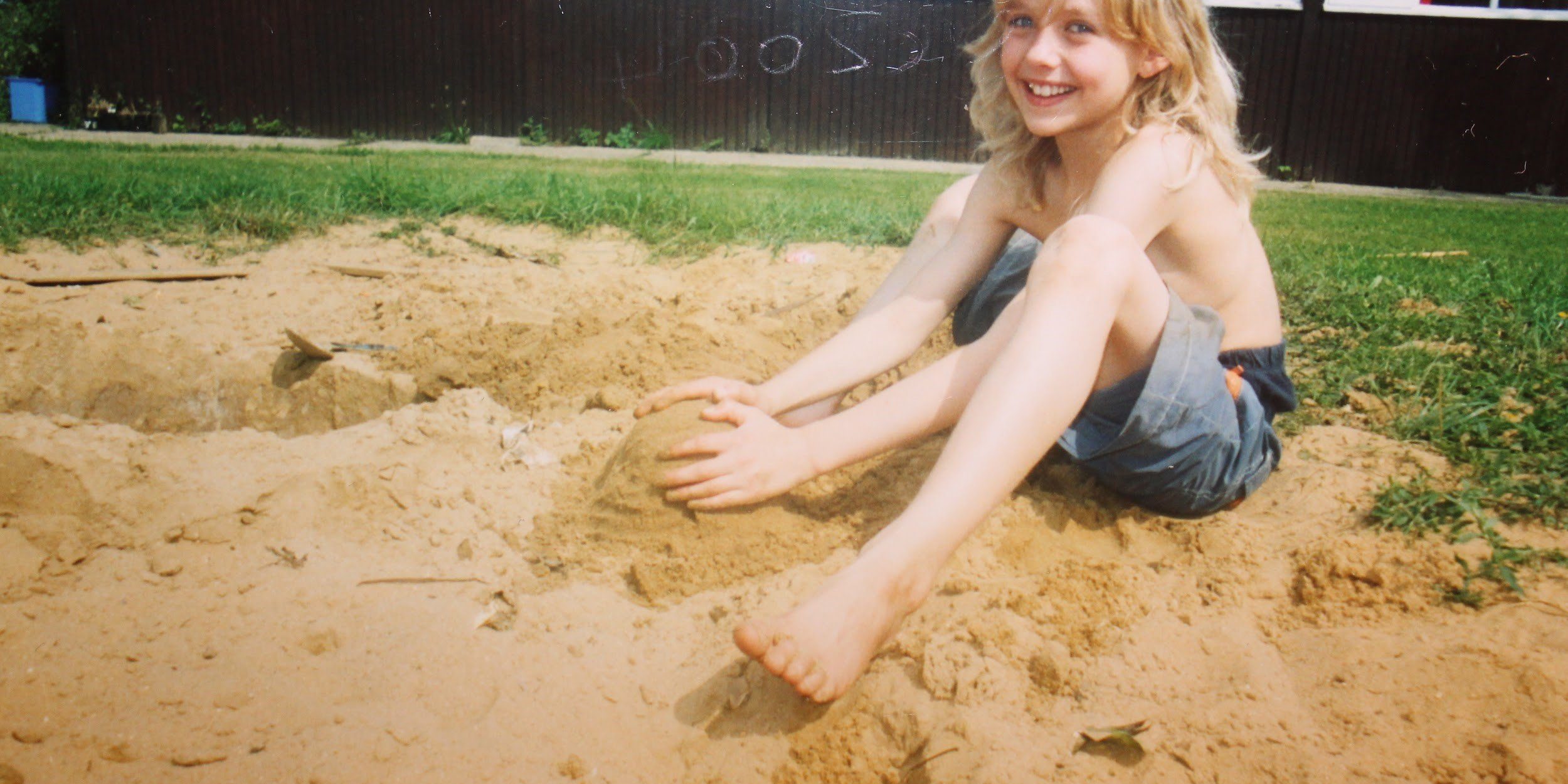 This is the first of a series of articles by Freya Aquarone and her research partner Dan.  We knew Freya when she was at Summerhill and she was particularly close to Leonard in Class 2.  She took leading roles in some of the impressive plays that were put on there.  She and Dan have visited Summerhill as adults to apply their critical reasoning to what goes on there.  Dan was impressed by the qualities of articulate self-confidence he saw in the children.   Their combined experience of alternative education is much broader than Summerhill: they have perceptions about a broad range of education alternatives that come from her own personal experience and the research project she has been engaged in at university.  There is a great need for quality academic research to dissipate some of the fog around what we do.  We think that Freya and Dan have the ability and the experience to clear a few things up.  See what you think.  And leave a comment below.

An idea borne out of coffee and mutiny

For the last year and a half, my research partner Dan and I have been traveling around England—from converted barns in the back of beyond to the buzzing streets of inner-city Birmingham—to ask over 100 kids aged 7-11 what they think about school.

Dan and I met at university, and this project was born out of a conversation in a coffee shop in second year, in which we shared a mutually satisfying complaining-marathon about the lack of hands-on research in our social science degree programmes.

We discovered early on that we had slightly odd educational backgrounds. This may, in fact, be an understatement. For his primary years, while living in Germany, Dan ended up at a Steiner school thanks, ironically, to a lack of alternatives. Initially unable to read or write to the education system’s ‘expected standard’, an ordinary school might have pulled Dan into the SEN framework, and placed his nose against a page for several additional hours a week until he fell in love with phonics.

For his Steiner school, however, this wasn’t an issue: what Dan simply needed was a couple of extra years tearing around the playground, digging holes and building mud castles. As much as I hate using the establishment’s questionable parameters for success to make a point, sometimes you gotta join ‘em to beat ‘em, and Dan’s degree from Cambridge tends to silence the critics of his unusual early years.

Dan and his sister as kids in Germany

I started school at a tiny state primary that quickly collapsed into chaos due to a stressful OFSTED report and a major bullying problem. I then attended a tartan-heavy private prep school for girls. Increasingly disenchanted by the impending factory line towards SATs and GCSEs (by which my sister – five years my senior – was already being nicely traumatised) my mum began seeking alternatives. I ended up at Summerhill, where I boarded for two years but then left due to homesickness, and was home-educated till sixth form.

This shared discovery of our slightly off-the-beaten-track routes led Dan and I to consider the possibility of doing a joint research project. And in that coffee shop, it was decided: we had no money and no experience, but we were going to try do something worthwhile. Very much to our university’s credit, we received a lot of support in making it happen – everything from DBS checks to advise on methodology. And before we knew it, we were on a 5am train to visit a Montessori school in Essex.

Freya as a kid at Summerhill, age 10

The idea behind the project was broad and simple: what do children think about school? Lots of people talk about education. It is often said that, unlike many social issues such as poverty or crime, with which not all of us have direct experience, everyone feels qualified to an opinion on education, because almost all of us have ‘had an education’ of some kind.

But in the midst of all this, children’s voices—actual existing, current children, experiencing the education system every day, first hand—tend to get left out. It becomes all about what we think is best for kids, rather than trusting that they just might have something valuable to say about what could make their experiences of the education system more rewarding and fulfilling. Given that the government routinely fails to do this, we wanted to add our names to the body of research that does.

Could radical ideas in education actually work on a broader scale?

There was another motivation behind the whole project: to explore whether kids in alternative schools —such as Montessori, Steiner, or democratic schools like Summerhill—have especially different things to say about education, and whether—if their experiences seem more positive—there were things being done in those alternative settings that could be translated into the mainstream.

Dan and I share a frustration that alternative education is, in general, only accessible to the middle classes. Usually, to home-educate, you have to have a parent either with very flexible – and often part-time – work, or else a kid old enough and self-motivated enough to teach themselves. To send your child to Summerhill, you have to be able to afford the fees for, although they are modest for a private school, they are still fees. In general, alternative education remains out of reach for the vast majority.

Moreover, there is always that lurking criticism: ‘it’s all very well having these individual learner plans (Montessori) or school meetings (Summerhill) when you have class sizes of 10. What about when you have to teach 33 kids at once? And somehow heave them all through their KS2 assessment to please OFSTED?’

Do children in alternative schools have radically different views on education?

So alongside gaining a reasonable idea of how kids feel about school, a central research question became: could any of these innovative ideas work in ‘normal’ schools? To help us in answering this question we also decided to interview teachers at each school we visited; both of us are closely related to teachers, and aware of teachers’ frustrations with the myriad constraints within which they are expected to work, and which so often prevent them from doing their best work – often due to the prioritisation of targets over actual teaching.

We are aware of some excellent work that has been done to help answer our research questions already, and will be drawing extensively on existing literature as we set about writing up our findings and ideas. But we felt that the variety of schools we were visiting – coupled with our odd combination of personal backgrounds – could contribute a valuable piece to the wider puzzle.

We’re not quite sure where we’re going, and that’s okay

As with most qualitative research endeavours, what we end up with from these broad starting points is yet to be discovered. We have just visited our tenth school and are now beginning the long process of typing up hours of recorded conversation and moving towards analysis and write-up. However, we felt this was also a great moment to take stock of the journey so far and offer up some first impressions to anyone out there who is interested. Though we can’t draw decisive conclusions at this stage, in this blog series we hope to lay out three of the most striking issues we have encountered so far.

They may feel depressingly familiar. That’s because, despite all the tinkering instigated by education minister after education minister – most of whom seem to believe that adding computer coding to the curriculum or upping the difficulty of tests constitutes paradigm-shifting reform – have actually failed to solve some of the age-old problems of an education system designed in the industrial revolution to produce obedient workers.

What a miserable note to end on. We promise to be more optimistic by the end of this series!

Check in next time for another instalment.  And let Freya know what you think of her work by leaving her a comment!

No one listens to what kids want, yet…
January 2, 2017
Kids are being taught there is one kind of intelligence, and it’s all about memory-power
December 26, 2016

Kids are being taught that education is of instrumental – and economic – value only
December 19, 2016

Learning: the experiences of a Catalan houseparent at Summerhill School
February 22, 2016