You are invigilated: Examinations at Summerhill 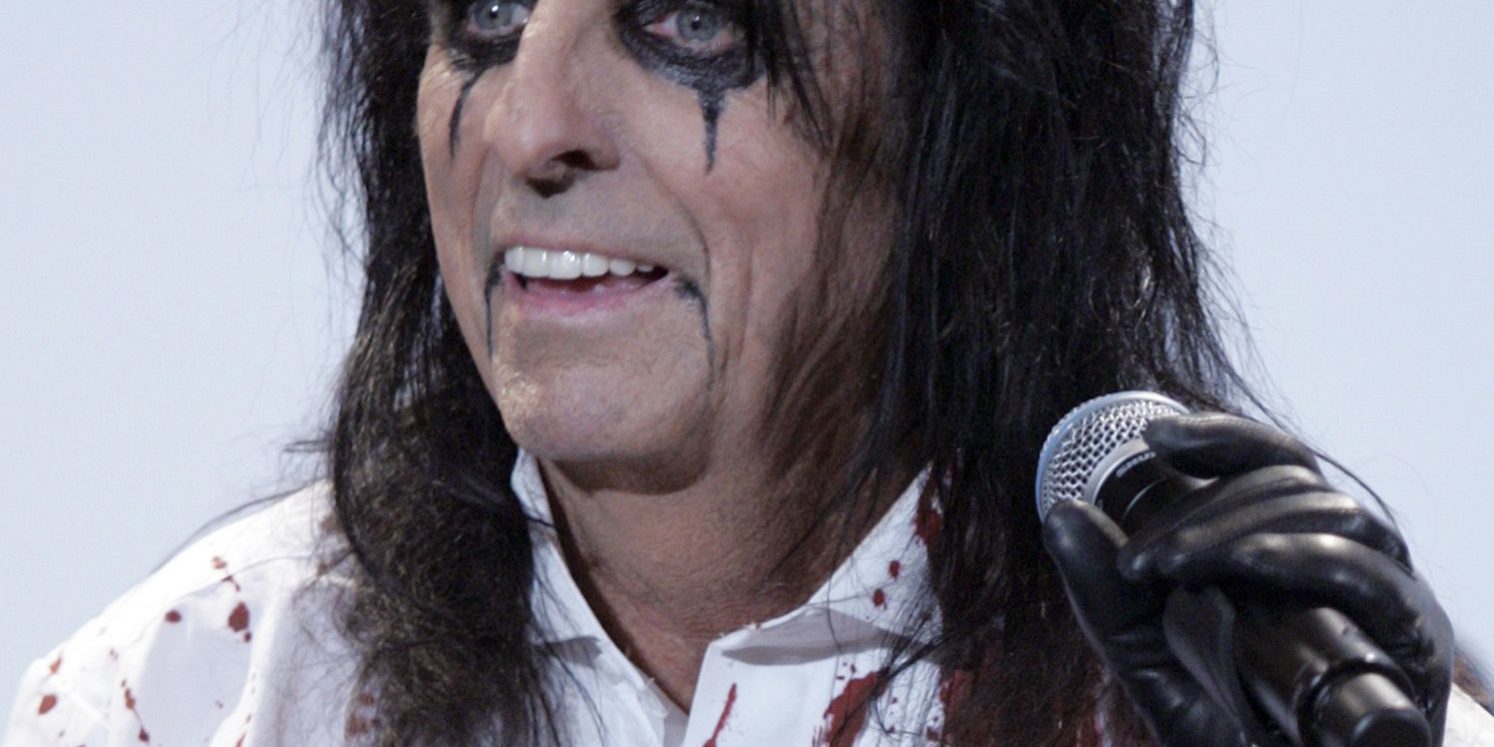 Examinations are the triumph of small minds over vitality. Summerhill School has always offered examinations but tries to limit their stultifying effect. In this post I shall describe how examinations work at Summerhill and suggest how this could be a model for other schools in their attempts to promote freedom.

Many readers of this blog are from outside the UK so I should start by describing how public examinations work there for those who are unfamiliar with the system. Unlike many countries in the world, the UK gives its teachers very little prestige. There would be no question of teachers setting exams of any importance for children as happens in Europe. It has suited goverments and “experts” of all political persuasions to install a massive, bureaucratic, and nonsensical system whereby University Examination Boards set the curricula for children aged 14-16 in a wide variety of subjects. The same happens for 16-18 examinations. This is the system that Summerhill works within.

There are many examination boards. Summerhill has plumped for Cambridge International largely because the curricula in the various subjects have less of the bullshit you tend to get in OCR, Edexcel or Northern. Cambridge International is old-fashioned. They even offered the old O levels and A levels when I was Examinations Officer at the school. Those exams were not perfect, but who wants a perfect exam anyway? Very few people want an accurate measurement of their ability. You don’t find people raising their arms in glee and shouting, “Yay, I got a C, now I KNOW I am average!” Children at Summerhill are encouraged to see examinations for what they are- essential tokens that the wider world uses to allow them access to further courses of study- not for what they pretend to be- accurate indications of level.

During the summer term at Summerhill a blackboard appears with the words “QUIET EXAMINATIONS” in colourful chalk. These examinations are 14-16 exams. They are set and marked by the examination boards. The papers arrive in sealed plastic packets and are kept in the office safe. They are only opened on the day of the exam when all the students are sitting quietly waiting at their individual desks. When the examination is over the scripts are sent off to the examination board which hands them over to retired teachers to mark. These teachers are trained by the boards to make their marking fair. Representative samples of their marking go to moderating meetings where the criteria are gone over in detail. This is a little like taking your driving test then: you take lessons to prepare for the test, the test itself is independent, and passing the test does not make you a good driver.

The examination system in England is as ridiculous as it sounds, but gives everyone the entirely erroneous idea that the marking is somehow fair. I have been to moderating meetings: since a strict application of the criteria would end up lowering the grades overall the moderators are prone to saying things like, “This script feels like a B to me,” in order to raise the grades. It can also work the other way around. You are unlucky if you take an examination in a year where a lot of people do well: you will get a lower grade than you would have any other year. Much is made of the value of examinations to employers but my experience is that employers are rightly sceptical about examination passes and use their own means to work out what their employees are really good at. The pieces of paper get you through the door but don’t prove anything.

I never criticised the examinations to the kids whilst I was at Summerhill. They play a valuable role as a transition to the next stage in those children’s lives. And after the hard work that goes into preparing for the exams the last thing you want is a teacher telling you they really don’t mean very much. They will rapidly come to this conclusion for themselves once they have lived through the annual standards pantomime in the press in August. First there is jubilation at the rising standards represented by the grades that children are getting in their examinations. This is followed, like clockwork, by the denunciation of dumbing down a week or so later. The right wing rags give some hack the godawful job of raking over the examinations and preparing a two column feature that proves exams are easier than they were forty years ago. A call then goes around to go back-to-basics. The coursework that children have struggled over for months is trashed as inherently worthless and teachers are castigated for being soft.

The only sensible thing to do in this situation is laugh. People work hard to make examinations fair. To my mind that is a complete waste of time. No one can convince me that examination passes say anything worthwhile about a person. It is certainly true that some professions need entry requirements. I would rather have a doctor who had passed his medical exams than one who hadn’t, for example. This does not justify the charade of school examinations, however. Those professions that need to restrict access should invent their own tests and procedures. We should not torture children with the absurd idea that 5 GCSE passes at C and above means anything. The idea that your global score in the range of examinations on offer at 16 says anything about your abilities or potential is one that the world can happily drop.

The ludicrously self-serving nature of examiners and their boring creations- the syllabuses as much as the examinations- is so obvious that children recognise it early on in their school careers. This realisation turns them into premature cynics. “This is dull and meaningless,” they say, “but I need the piece of paper to move on to the next level, so I will do it anyway.” They see examination passes as tokens they can collect. If they are smart they can severely misjudge and think that the fact they get a lot of tokens means they are geniuses when, in fact, they are just good at sitting examinations. In any case they sit through the boredom passively and only release their pent-up aggression when they reach some mid-ranking post in an office where they can exercise all that latent hostility by preventing progress: this is the psychopathology of the functionary and it deserves to be studied more.

School’s Out For Summer

Summerhill at its best resists this tendency in education in two ways. First, there is a lot more on offer at the school than examination courses so “going to school” is not the same as “preparing for exams”. Second, the school gives no special credit to kids who do well in their exams. I am not speaking for all the teachers here, but I consistently and publicly told kids I was not interested in their exam results. I marked their work even more poorly than my native ineptitude made necessary driving them to demand the criteria so that they could mark for themselves and get a better idea of how “good” they were. I offered subjects such as Art History and reading groups that had nothing to do with examinations, had no formal marking or coursework and involved more fun stuff like visits and excursions.

I think teachers who get a little buzz out of the examination “success” of their students are paltry human beings. They probably feel proud to have other professional friends and look down their noses at blue-collar jobs. In short, they are completely the wrong people to be accompanying children on their journey into adulthood. The fact that the world has decided that this way of working is good does not mean that we have to accept it as unchangeable but it is pretty well entrenched: we seem committed to a system that produces resentful prigs. The good news is that there are few teachers who go into teaching with the ambition of being bean-counters. The vast majority have noble ideas about making a difference. The challenge for schools is to tap into this energy and allow them to use the full resources of their personalities to engage with the individual children they are teaching.

There have always been examinations at Summerhill because Summerhill is not an island. Examinations provide a bridge for some children between what they do at the school and what they do afterwards. Careers meetings and tutorial conversations help kids to find out what direction they might want to go in. They tend to do the minimum they need to make that next step and dedicate the rest of their valuable childhood to being a child. This is a genuine education.

The Summerhill way of dealing with examinations can serve as a model for your school. You need to think why you want a school in the first place. There is a balance to be found between creative, individualistic abandon and hard-headed thinking about getting along in the world. If you hold in mind that you can hunt muskrats throughout your childhood and still become a university professor of science it will help you to avoid installing a repressive authoritarian system whose unique focus is on examinations.

And, for all the absurdity of the English system, it has some merits. The fact that the examination boards are outside the school gives schools a great deal of freedom in thinking about what they are going to do. The fact that children can choose the subjects they are going to sit examinations for makes the system more open than other systems where there is an all-embracing High School Certificate (the ESO in Spain). The fact that there is a variety of examination boards allows a school to go shopping for the syllabus that best fits with its own needs.

I recommend Cambridge International. These examinations are run around the world in a huge variety of schools. They do not have the insular focus of other examination boards. They are a little old-fashioned but they are easy to administer. As an accepted brand they give students tokens that are valuable in other countries.