Keep it in the Family 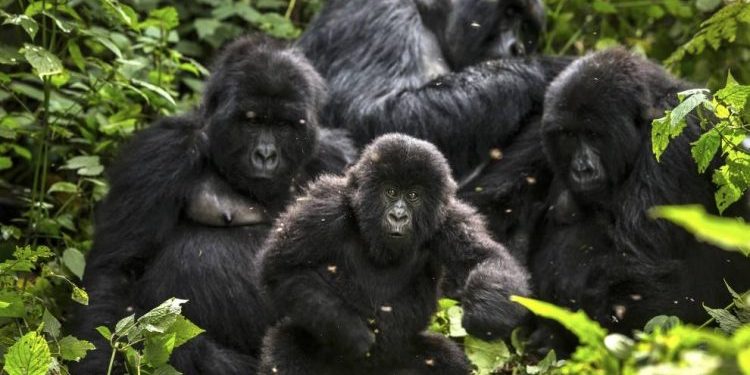 Chimps have families and so do we.  It is useless to pretend that we are something like ants or bees.  We are much more like chimps and there are qualities in that parentage we cannot avoid.  One of these qualities is our tendency to protect kin.  What does this have to do with education and democratic schools?  I am following the line of the argument from my last post and thinking about the way that state education and private education intersect.

State education assumes that we behave like ants and bees.  It assumes that it is unproblematic for a government to raise levels of literacy, numeracy and scientific awareness across the board.  It assumes that PISA, for example, makes sense to parents.  When we are trying to think about things rationally, we might agree.  “Yes,” we say, “we should do what is the best for society as a whole.  No one can save himself alone without thinking about the species as a whole.  We have states and laws to make measures that are good for everyone, and we should all follow those measures.  We should all take part in education because it is common to us all.”

This works up to the point in your life when you have children.

No parents put the interests of their own children on an equal level with the interests of other children.  We all know this to be the case from the sheer boredom we have suffered as friends have told us the minutest particulars of their kin.  They cannot imagine that their child is, in our minds, no different to any other child on the planet.  It seems self-evident to them that their children are special.

It is quite pointless to complain that this is irrational.  There is something hardwired into us that makes us think that our kin are special and, therefore, more worthy of investment of time, resources and energy than the kin of others.  The further away from us the kin relationship is the less we are likely to feel that a person has that unique special quality.  There is something mysterious about sharing the same genes.

State schools operate as though this were not the case.  It is paradoxical.  In Spain, a country that is known for the strength of its traditional family structures, there is a movement for compulsory education to begin earlier and earlier.  There is a school in one of my local towns that already offers education from 3 months onwards.  If it is true that we have a hardwired tendency to prefer kin over others, this is a rather extraordinary turn-up in the evolutionary books.

I did not intend to talk about that dreadful school.  My intention in writing this post was to go back to the issue of private and public education and think it through from a kinship basis.  It seems to me that, in general, most people are in favour of a decent education for everyone.  They are also in favour of good working conditions for teachers, quality school buildings and a comprehensive curriculum that will prepare the workforce of tomorrow etc etc.

The problem is that, when people have children, they find it difficult to continue thinking in that manner.  Instead of looking  at their local school and saying, “Hoorah, it gives a decent education to everyone,” they are more likely to say, “But, hang on a minute, my child is creative, intelligent and alive, how am I going to put him into this place?  There is no art, no music and there are some very disruptive children.”

Many parents are quite happy to sacrifice the working conditions of teachers, the quality of the buildings and the comprehensive curriculum for an environment where there is at least some free choice of action for children.  They do not want their own children to be sucked into a grand sieving and sorting mechanism that will treat them as though they were grains of wheat or parts in a mechanical process.

If you look beyond the school walls it is not hard to see how kin networks continue to function even in our modern democracies.  They do not get much attention in the media or in politics, but they are there.  People support their own.  And if they do not have their own family, they can join up with an ersatz family, such as a church, and gain some of the benefits.  Families help their own members into jobs and salaries, they cover for them when they break the law and they give them many material advantages that they would not get on a level playing field.

When families come into conflict with bureaucratic systems there will not be one decisive winner.  Although the state has enormous power- it can send you off to fight in its wars, it can deprive you of liberty and inflict punishments on your body- kinship as a biological phenomenon cannot be suppressed by political action.  Francis Fukuyama makes this point about China where the state has had dictatorial power but has had to accommodate itself to clan interests.

So what does this mean for education?

In the first place parents are unlikely to put the interests of the state above the interests of their child.  In theory you might say that it is understandable for a few children to suffer bullying in a system that otherwise functions well, for example.  If it is your child, you will not.  A state might make judgments based on measured outcomes or performance criteria whereas parents will be much more influenced by the health and happiness of their children.  It is certainly true that some parents are willing to sacrifice the present health and happiness of their children for future wealth and prestige, but this is just a twisted desire for health and happiness, put off into the future.

Teachers in large bureaucratic systems, however, gain their prestige and self-esteem from the positions they occupy in a structure of authority.  It is in their interest to magnify the authority of the system against the interests of parents, to proclaim the value of the voices of experts above the voices of “mere” parents.  The full legal force of the state comes to bear on the child through the ministers of state education policy from the experts who devise the curriculum to the school designers and teachers who implement it and the school inspectors who check that it is appropriately enacted.

The mismatch between this vision and the feeling of parents when they have children is dramatic.

When parents flee state education, it is always because they are seeking a benefit for their children.  In some cases they feel that they will gain a competitive advantage by choosing a school that offers more of the same kind of curriculum.  That is the kind of school I went to.  It did not have much to recommend it except for the examination results.

In other cases, however, they flee the state because they want less of what the state insists upon.  They know that the state tests children in order to check up on its teachers.  They prefer to have a smaller school where the teachers are known and do not have to be controlled in this manner.  They like a school with a firm philosophy and a strong leadership, so they can be certain their children will be well looked after.

Summerhill School appeals to these parents because it also offers those children freedom to play, a self-governing community and the option of a lighter formal curriculum.