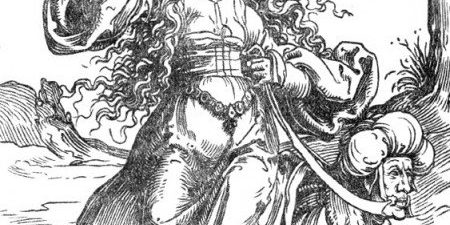 Some Are NOT More Equal Than Others

The door of the time machine opens and you step out onto a seventeenth-century street.  Once you have got used to the smells you take out your anthropologist’s notebook and start noting down some observations:

“Take but away degree and the rack dislimns”

When you return to the twenty-first century, it takes you some time to readjust your vision.  It is like going away on a long adventure and returning home with new eyes.  People move around a lot more than they did in the seventeenth-century, there is practically no deference, ideas of “pure blood” seem ridiculous, literacy is to all intents universal and everyone over the age of eighteen has the vote.  Disputes are not settled by violence and the state does not torture or kill people.

Women and men are equal.

In the seventeenth-century that would have been an absurd proposition.  You could have said that women were superior to men- more beautiful, more chaste, humbler, more hardworking.  You could idolise them as mothers and lust after them as whores.  Gentlemen respected women by not using excessive physical violence to control them, but to suggest they were equal would have seemed unnatural.   Their bodies were for the use of men- for breeding children or for having sex- but the weakness of their minds was universally accepted.  This was the way God wanted it: Christ the head of the church, kings the heads of state, man the head of the house.  The universe was created in lines of authority.

Just as some of these ideas persist in our times, there were inklings of a new way of thinking in the seventeenth-century.  People were starting to appreciate that there was a method of scientific inquiry, for example, that did not depend upon listing your authorities first.  Some startling ideas even contradicted authoritative teachings.  We can trace lines of heritage for both reactionary and progressive ideas.  It seems that the progressive ideas have won out.  Now there is an implicit expectation that with equality of opportunity more good ideas will arise, that people will not be favoured for reasons as vague as good birth and that racial and gender differences are not part of the divine plan of a racist, sexist God.

Equality is at the heart of Summerhill

This Summerhill Takeaway series is about how the basic ideas of Summerhill can be applied where you are.  Equality is at the heart of Summerhill.  If you have difficulties with the Summerhill idea, it is possible that you are struggling with equality.  Here I want to explain the way equality works in the school.  Then I want to look at some ways that a Summerhill Takeaway could work in the broader world.  I suggest that Summerhill is in line with historical changes that have made equality more prevalent than ever in the twenty-first century.

“Buzz off!”  Neill told a child who was pestering him while he was talking to a visitor.

“That’s not what I expected of Summerhill!” the visitor exclaimed in surprise.

Summerhill is not about dancing around privileged children to make their lives better.  At the heart of good practice at the school is the equality children feel in the face of even the most authoritative adults.  Children of all ages have an equal right to talk in the Meeting, to vote, to make decisions about what they want to do.   They learn that their wants and needs are important.  Their intellectual, physical or emotional qualities- including their age- do not make their needs lesser to anyone else’s and they are not assumed to require the help of someone smarter, stronger or more acute to work out what they want.   Adults are encouraged not to transfer their own neurotic needs for approval onto children.  An adult can tell a child to buzz off because he respects him.

If you translate these roles into work life, you find female bosses who are constantly evaluating the emotional health of their teams and male bosses who want their teams to look up to them as a daddy figure.  If you translate it into a political system you end up with matriarchal and patriarchal societies, both of which seem equally offensive to my egalitarian eyes.  A matriarchy is one where the meddling “mum” wants to control everything.  A patriarchy is one where the people accept a strong leader- a daddy figure- who will offer them protection and take away some of their freedoms for their own good.  If he is the daddy, I’m afraid, you are being set up to be a child, and not a free child like the children at Summerhill.

We aspire to enfranchise everyone

Equality does not mean that everyone is the same.  Consider the case of someone with a mental illness.  A patriarch or a matriarch will presume to know what is good for that person.  More enlightened healthcare accepts their right to be listened to.  The fact of their incapacity does not mean they need someone else to tell them what they need and want.  They have their own voice.

We are not all the same.  It is self-evident that some of us have abilities others lack, but a modern democracy does not put ability requirements on participation.  We do not deprive people of a voice by telling people what they should and should not want for themselves: you do not have to own property, have good blood or pass an intelligence test in order to vote.  We aspire to enfranchise everyone.  We are not all the same, but in our complicated modern societies, having a marvellous ability to do one thing does not make you an authority on everything.  The old patriarchal authority figures- the doctor, the judge, the teacher- are not expected to have moral authority: it is enough that they do their job well.   You rarely hear people saying, “Do you know who I am?” and, if you do, it is comic.

A little Summerhill Takeaway would make this fact of modern life work better.  At Summerhill the source of authority is the Meeting where everyone has an equal voice and vote.  The authority in the Meeting is the Chairman.  But the Chairman does not have a gold chain and a badge of office.  When the Meeting is over the person who was the Chairman goes back to being another member of the community.  There are no special privileges associated with the role.  The same goes for all positions of authority: you are voted into post according to what the community decides your ability to fulfil the function is; if you suck at the job you will be voted off.  Ombudsmen, which you can read about in the post on that subject, do not swan around the school like the prefects in Billy Bunter.  The Meeting is the locus of authority and it is egalitarian.

I think this structure is entirely consistent with the movement of the world away from superstitious thinking and old-fashioned hierarchies.  It is flexible and resilient enough to be applied more generally, from social clubs and societies to schools, businesses and government offices.  There will continue to be patriarchal authoritarians in the world, but that kind of posturing is becoming laughable for our increasingly well-educated populations.  Political equality is one of the major developments of the past one hundred and fifty years and it may take some time for our social structures to catch up, but it seems inevitable to me that our world will continue to move away from those seventeenth-century certainties I mentioned at the beginning of this post.

Accumulations of wealth and technological power in fewer and fewer hands are a threat to this egalitarian world.  My hope is that a robust and widespread application of Summerhill-style thinking can protect us from a return to hierarchical systems.

Summerhill Democratics works to extend the model of democratic living at Summerhill in education and other environments.  If you think we can help you, write us an email.

Summerhill Take Away : ‘Crime and Punishment ?’

Summerhill Take Away: Teaching at Summerhill

Summerhill Take Away #3: Your Democratic Meetings

Summerhill Take Away # 2 : Why a Meeting?