What Can You See in the Big, Big Picture? 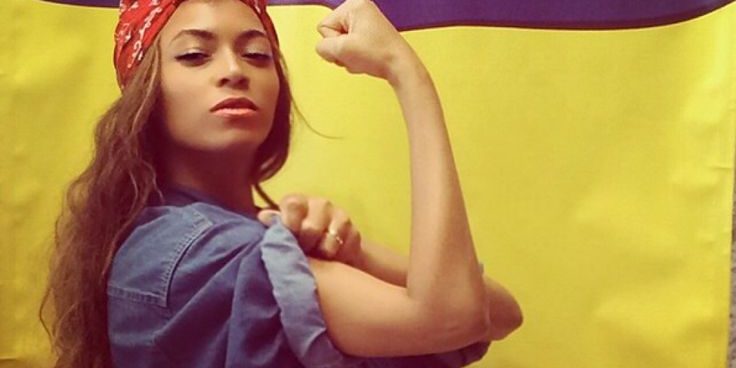 When people say, “Take a look at the Big Picture,” they are not usually asking you to do more than peer over your parrochial grindstone towards a provincial treadmill. I want to do more than that. In today’s Thursday Thoughts I want to look outside the cosy world of democratic education and explain why I see Summerhill as a way into the future.

If you look back over the past one hundred years there have been undeniable changes in the way the world works: women have broken out of moulds that held them bound to the hearth and home; we drink wine from Peru with New Zealand lamb; people are getting older and older before they die. These changes are a part of the Big, Big Picture. They are indications of the way the world is changing.

It seems to me that in the Big, Big Picture women are going to continue to grow stronger and develop more power. As technology makes the male hunter/warrior less and less relevant and puts a higher premium on knowldege, understanding and communication, women will rise into positions of greater and greater power. I see this happening now. The idea that a woman would give up her career to support her man as a housewife is beginning to seem like a quaint anachronism. Cultural change does not wipe out millenia of evolutionary pressures: men and women are still different; men are still more aggressive than women; women still find aggressive hunks sexy. It’s just that women are more able to choose their partners now. I see down-at-heel masochists in banks and government buildings asking permission from efficient and friendly females who earn three times their salary. It’s a new world.

is the result of technological advances in the world. Women suffered to gain suffrage but it was technological and scientific evolution that allowed us to move away from warrior tribes. It seems to me that this evolution is irreversible, even though climactic catastrophe could give the unreconstructed macho a second chance. Sometimes people like to use cheap evolutionary arguments to score points, but it seems to me that any idea of human evolution cannot ignore the effect of technology in creating the environments we evolve into. For example, I am here writing this and you are reading it not just because of the obvious technology of computer and internet, but for deeper reasons: human society has evolved to the point where I have a university degree, can sit in a village in Spain and count on food in the supermarket. I have work that gives me enough free time to be imagining all these things. I do not have to be thinking about hunting a rabbit for dinner. I do not even have to think about tending my fields, although it is more than likely that I will go out into the garden in the afternoon to work.

In the meantime I have ordered a laptop and just checked the status of its delivery. It is currently in Hong Kong. I ordered it from a company whose base is in the United States, through a Spanish website. I received the notification of the shipment from the handling company that is based in Ireland. The international dimension of modern life is extraordinary and we rarely give it credit because we like to feel “rooted”. However, it seems to me that in the big, big picture the fact that there is movement from all corners of the world and collaborations across cultures is of huge significance. It means that the old-fashioned nationalisms and prejudices are even more outdated than they used to be. . . in spite of Donald Trump and all he stands for.

Modern science has also changed the world. People are living for longer and longer. This is neither good nor bad. From a biological perspective it is entirely unnecessary. If you think of evolution as a way that DNA has of reproducing itself then the fact that humans are now going to live a long time beyond their evolutionary usefulness is a strange quirk. I struggle to understand it. In any case it is another example of the way that science and technology have changed the world to make the old-fashioned struggle for life less relevant.

Science has changed the way we think. There used to be a structure of authority. Older people with more experience and prestige were just assumed to know better. Science doesn’t work like that at all. You can be a sixteen year old and publish a scientific paper which is as valid or better than one produced by a Cambridge professor. Scientific knowledge gains nothing from authority. It is still true that people with more money and resources have more opportunities to make progress in the world of scientific knowledge, but knowledge itself has been democratised, not by politics but by scientific method. We are coming to appreciate the full moral implications of a world in which we are entirely governed by moral luck: there is no part of us that is not predetermined by heredity and environment; there is no soul making you into a better person. One of the moral implications is that we accept that people do not deserve what they get. We are tolerant of difference. We recognise that everyone is the same as us in this respect.

Do You Think I Could Open a Bank Account?

This is what I see as the Big Big Picture. I like to think about the Big Picture because I like to think about what I am doing within this picture. Summerhill School sells T shirts that say “90 years old and still ahead of its time.” I think that is right. There is so much in what I have just described that seems to lead towards democratic education. There is so much in school as we have inherited that will change, just as family life, gender relations and life expectancy have changed. In a world where women are in positions of real power, the Aplha males and gorillas can be safely channeled into active leisure. They might even be allowed to play with spears and guns. The qualities of emotional balance, conversation, creativity and dialogue that characterise Summerhill School will be at a premium.

The global world needs Summerhill-style democracy. How much better would the world be if our leaders had grown up in schools where the disputes between people were settled by talking, where there were equal voices for all, regardless of age and seniority, where there were systems and processes for negotiating the difficult area between the freely-exercised liberty of one person and that of another? The world does not need people who have grown up in the absurd school systems we have inherited, where children compete with each other to get better grades in their examinations. They are not heading out into the jungle when they leave school now. They are entering a vibrant international marketplace where what they want may chime with the thoughts and desires of someone on the other side of the planet.

People can look forward to longer lives. Science and technology are neither good nor bad in themselves. They give us global warming and they give us supermarket food. They give us modern medicine and they give us food additives. They give us the freedom from some of the more boring and laborious tasks of the past. Technology allows fewer people to do the work that used to be done by many. It allows a few people in control of a vast quantity of resources to make huge gains whilst traditional jobs in all sectors are swiped away by innovation and technological advance. It is crazy to face the present with the idea that tomorrow will be anything like today or yesterday. In the Big Big Picture I see people living longer with less work to do. How are we going to keep busy without killing one another?

This is the Big Question. What are you going to do? In the Big, Big Picture there is no question in my mind that young people would be much better spending their time at school playing and discovering interest than contorting themselves to become cogs in a machine that is rapidly going to become obsolescent.

But what do you think?