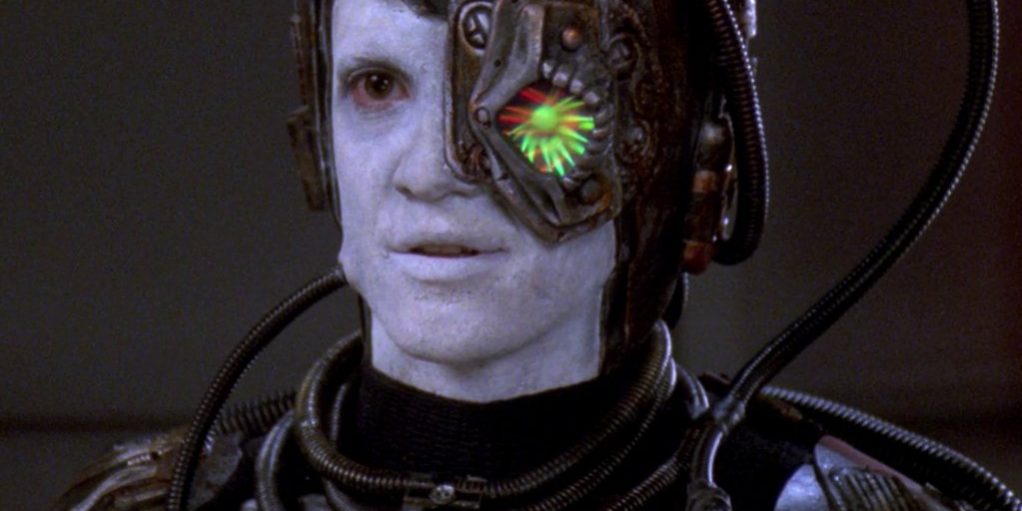 Resistance is what makes me who I am. I have a visceral dislike of bureaucrats and empire-builders. It is not entirely rational. I just know that the Borg are wrong.

The Borg is a race that appears in one of the Star Trek series. They fly around in a cubic space ship conquering the universe and absorbing the peoples they conquer. They do this with a technology that supplants the personality of the individual, allowing him to communicate with the rest of the Borg and their space box as though it were a hive. They plant a single overarching idea in the mind and mouth of the new Borgle: “Resistance is futile!”

People who try to discourage you from your democratic education project can sound distressingly like the Borg. On the one hand they like to say that if you were truly egalitarian you would submit willingly to the mandates of your democratically-elected government. “Who are you,” they like to suggest, “to go around criticising the system? The functionaries who decide these matters passed exams to get to where they are. They are experts. We can trust them.”

On the other hand they like to call anything outside the grey institutional boxes they inhabit sound “unrealistic”, “eccentric” or “futile.” The former Chief Inspector of Schools in England, Chris Woodhead, once said that educational research was a waste of time. “We all know what good teaching is,” he said. “We all know what bad teaching is. The only thing we have to do is root out the bad teachers and get the others to do what they are told instead of wasting time and money researching new methods.”

Is Mr Woodhead in?

Do what you are told: that is the aim of the Borg. And you know when you are a true Borgle because when you are doing what you are told and you see someone at the edge of your vision doing their own thing, you go right up to them and say, “What are you doing? You can’t do that.” You have a smug little half-smile on your face of the kind that hypocritical teachers smear on their face when they are talking to little children. “You have to use the text book.”

Resistance is futile because all the crap that the educational system is forcing you to follow is backed up by science. People love to wheel out the latest scientific survey that “proves” that the more time you spend in school the more money you are going to earn, the less free time you have the more examinations you pass, the earlier you learn to read the better you are at reading later.

Your own feelings and opinions are further devalued by the Borg’s insistence on new technology and Big Data, which is wheeled out like a cardboard god for everyone to do obeisance to. “Look,” they intone, “the algorithm says that your child will be a useless wastrel unless you send him straight to school and assist your teachers in punishing him with more and more homework.” Actually, I made that up. There is no way they would use the term “useless wastrel.”

In fact, I borrowed the idea of the Borg from Michael Sacasas who has been writing for a long time on what he calls “the Borg Complex”. This is a tendency in our world for the colourless people our education systems produce to go along with the latest technological cataclysm mindlessly as though it were inevitable.

This mechanistic approach to planning and thinking has hi-jacked the Determinist argument that I put forward in my post on Free Will. It is depressing when the Borg keep repeating their mantra that resistance is futile; it makes you feel like they might be right, especially when they follow that up with the old Free Will double whammy:

“Resistance is Futile. It has all been decided. There is nothing you can do or say that will change this.”

“Maybe I am just a namby-pampy Romantic, after all,” you think.

In this world it seems to me that resistance is not futile at all; it is inevitable. It is inevitable that the dissatisfaction people feel with the results of Sacasas’ Borg Complex will result in more and more attempts at local democratic initiative.